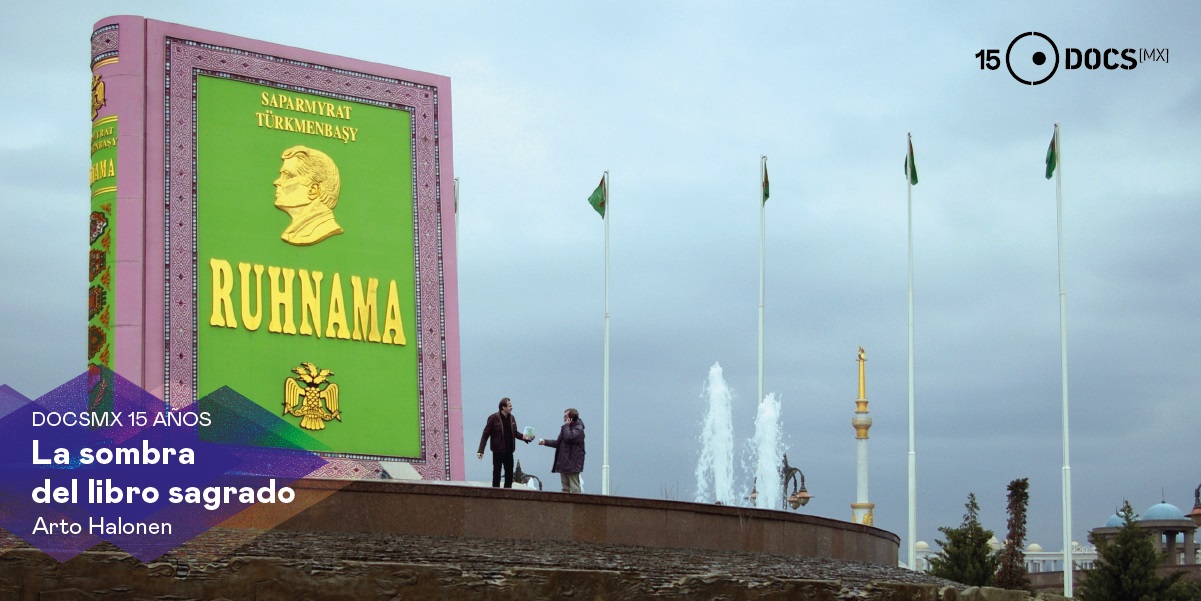 The annual film festival celebrates its 15th anniversary this year, and to celebrate the event the festival has chosen one film from each year for its official Docs 15 años selection. Shadow of the holy book, a documentary feature film written by Arto Halonen and Kevin Frazier and directed by Arto Halonen, was chosen as the best film of the year 2008. In 2015 Shadow of the holy book was also chosen as one of the best films of the decade by the DocsDF festival.

Shadow of the Holy Book is an exploration of Turkmenistan’s serious violations of human rights and freedom of speech, and of large-scale international corporations' support of the Turkmen dictatorship. By publishing translations of the Ruhnama propaganda book the companies are granted access to multi-million dollar business deals with the oil-and-gas-rich Turkmenistan.

Finland is strongly represented in the Docs 15 años selection, as the documentary film Mother’s Wish, directed by the Finnish Joonas Berghäll, was chosen as the best documentary film of the year 2015.