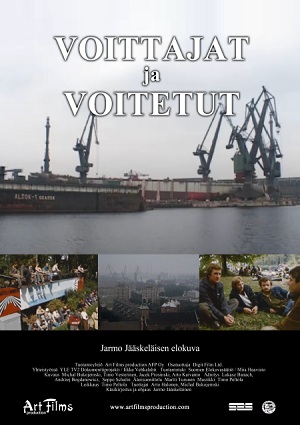 A story about the struggle against the totalitarian regime in Poland, about the victory as well as the expectations and disappointments related to it, as an example the history of the Gdansk Shipyard (named after Lenin at the time).

Film Director Jarmo Jääskeläinen interviews three employees on the lawn of the Gdansk Shipyard in August 1980 who played key roles to launch the strike. Solidarity, the trade union which  overthrew the totalitarian regime was just about emerging.

25 years later Jääskeläinen looked up these same men. In the orations Solidarity is still living. This became visible in the amazing 25th anniversary of “S”, but what has happened to the shipyard and its workers? How much room for solidarity is in today's liberal capitalism?