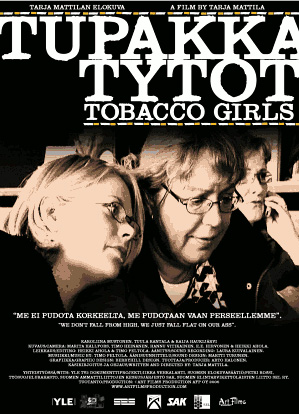 Tobacco Girls is a film about three women, Karoliina, Tuula and Raija, who try to cope with losing their long-term jobs. After operating for 54 years in the town of Tuusula, the Amer-Tupakka tobacco company closed down in spring 2004 and 260 employees were fired. Thousands and thousands of jobs in Finnish industry have disappeared.

Finland is preparing for a new society where employees will increasingly work as specialists and consultants. The sad thing is that education lags behind for a couple of generations. What are the possibilities for uneducated women to return to the labour market? Courses must be taken just for the sake of it. Other courses that would help factory workers to get re-employed are not arranged. What is the purpose of the State’s labour force policy?

Tobacco Girls follows the life of three women for almost two years and shows through personal emotions and experiences what really happens to the unemployed factory workers. 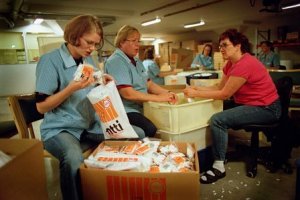