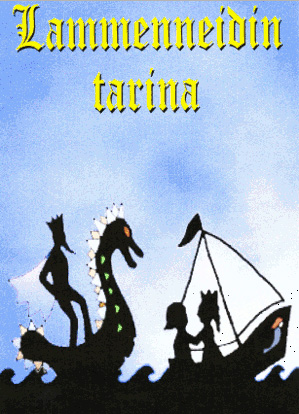 The Tale of the Pond Maiden is based on Anni Swan’s fairy tale The Sea Queen and Her Son . With the shadow animation technique realised by the theatre company Teatteri Vunukka the story has been adapted to a cinematographic form.

The Old Lady of the Pond, who inhabits a small pond, gives her daughter to the Great King of the Sea for a wife. The daughter, unhappy with her fate, gives birth to the Sea King’s son. To save the son from the dreary life of the sea, she secretly sends the son to live in the humans’ world. But the Sea King wants his son back in his sea empire, and is willing to use all his might for it.