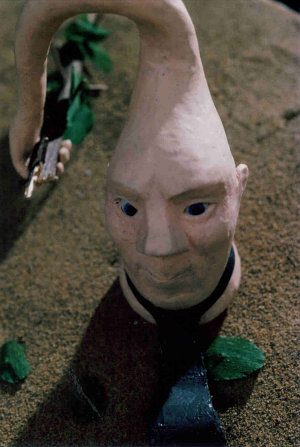 A creature slightly likening a human is born in the midst of beautiful nature. With nature’s help, the creature learns to thrive and survive. He sees traces of possible visits from more intelligent beings, and realizes the possibilities of controlling, utilizing and exploiting nature.

The creature’s appetite grows as he eats, and finally nature retaliates. Mother Nature won’t look at selfish exploitation and destruction forever, but will fight for her existence.

Tourist is a film about the exploitation of nature, which happens for the sake of man’s well-being and vanity. The film is also a story about mankind’s destructive heritage of materialism and domination. As a result of outrageous exploitation, nature has often stricken back in unpredictable ways, showing its incredible power. Every time the ecosystem is shaken, mankind is shaken in some way as well.