The Finnish actors Mikko Nousiainen, Jari Virman and Antti Luusuaniemi are playing the roles of German officers. Nousiainen has one of the leading roles in the film. One of the two composers of the movie is Tuomas Kantelinen, and the sound designer is Kirka Sainio.

The Liberation of Skopje is a film adaptation of Dusan Jovanovic's theater play. The story is set in World War II-era Skopje, in Makedonia, when it was occupied by German and Bulgarian troops. The story and the cruelty of war, the poverty, suffering and the occupation of Skopje is seen through an eight-year old boy Zoran's eyes. Zoran's father is a member of the partisan forces, while Zoran's mother Lica gets involved in a love affair with a German officer Hans (played by Mikko Nousiainen). This love triangle fuels the tragic events.

The film is directed by a Croatian-born and famous Hollywood star, Rade Serbedzija (for instance Mission Impossible II, Eyes Wide Shut and Before the Rain). Rade Serbedzija is directing the film with his filmmaker son Danilo Serbedzija who's movie 72 Days (Sedamdeset I dva dana) was Croatian Oscar-nominee in 2012. Rade Serbedzija is also seen in one of the leading roles in a film and this is his directorial movie debut.

THE LIBERATION OF SKOPJE

The horrors and suffering of the Second World War are portrayed in bittersweet terms through the eyes of 11-year-old Zoran whose father has joined the partisans to fight the German occupiers and whose mother becomes involved with a German officer.

In the year of 1941 the city of Skopje is occupied by Germans and their Bulgarian allies. While the occupiers take over the local Jews’ homes and settle themselves down comfortably, the townsmen’s lives turn into an everyday struggle.11-year-old Zoran’s (David Todosovski) father has joined the Yugoslavian Partisan Army while his mother, Lica (Lucija Serbedzija), tries to maintain what little structure of life they have left back at home. Uncle Georgij (Rade Serbedzija) takes part in the local resistance movement in order to help evacuate Jews and conspire the assassination of a high-ranking German officer. Meanwhile, Zoran seeks to find comfort in his hopes and dreams of re-encountering a girlfriend who was forcefully put on a train and transported away.

German officer, Hans (Mikko Nousiainen), offers Lica a position as his housekeeper. Not given the opportunity to refuse, Lica finds a way to earn an income and provide food for the family. However, as the circumstances of the occupation escalate, members of the family start to turn against each other.  When the inconsolance grows too much to bear, Lica finds a reluctant comfort in Hans.

As the years go by, the liberation of Skopje gradually becomes imminent. What seems to remain is to ask oneself, how to forget what has happened and move on. Will the community punish Lica for what she’s done, and is the family capable of living in harmony once more? 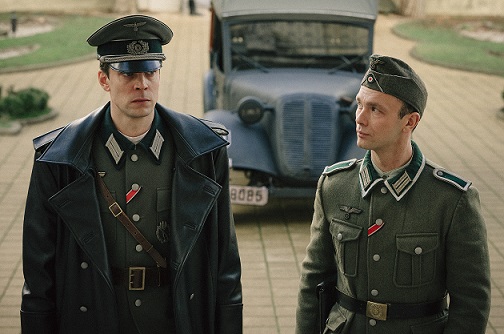